A swollen ankle and a man with a dog 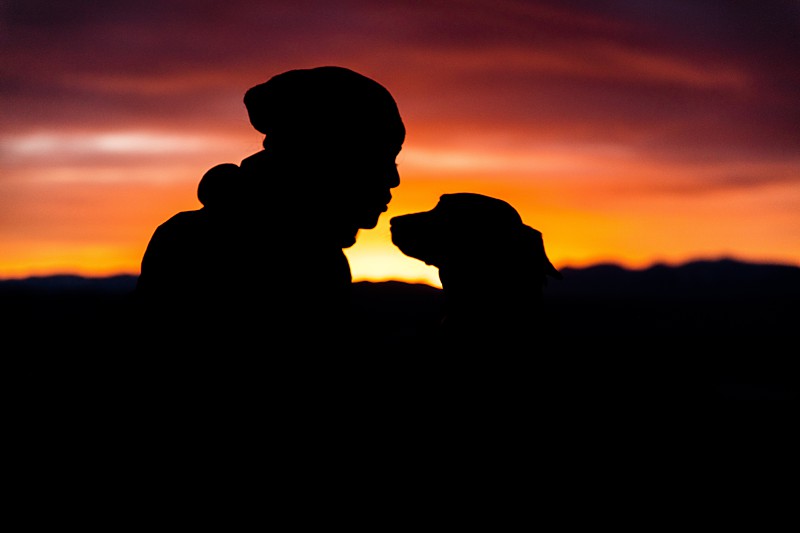 After I provided a Presentations Skills training in Manchester I had some time to discover this beautiful city. What struck me immediately were the many homeless people in the streets. That day it was raining heavily. And it was cold. So, even though I did not feel like diving into the commercial overload I went into department store Debenhams to get out of the rain.

Right away after entering I saw a woman on the left-hand side sitting in a chair crying. I kneeled down and asked her what had happened. She had just fallen right outside on the slippery pavement off the department store. Her ankle was really sore. Together we took off her boot and her ankle had resolutely swollen to tennis ball size. She started to cry even more seeing the state of it. I held her, spoke softly to her, massaged her shoulders and neck (after telling me she really liked that), kept her warm, offered mental and emotional support and sometimes redirected her focus to be able to handle the heaviness of the incident. She told that her husband had recently broke his ankle as well. It was almost a joke: they could share their crutches, we all laughed. We felt instantly connected to one another. She was glad to have met me and we found out we were in the same line of work: both trainers! Employees from the store came and helped, the ambulance was called. Finally, after 1,5 hours the ambulance arrived and they took Tracy to the hospital. I myself was emotionally touched and needed time to regain my stability in a Starbucks cafe.

After leaving the café I passed a young homeless guy with a big Bullmastiff dog. Before I knew it, I squatted down and started talking to him. I shook his hand and asked if he wanted to eat something warm. He gratefully said yes. We went for coffee at the exactly same place I just had mine and went in to order two warm sandwiches and a large black coffee for him (“With seven sugars please, love” #lol). We talked and I began to see the difference between the ‘tourist pitch’ and where the true Liam came out a little bit every now and then. A foster child, with two sisters also in the foster system with whom he lost contact. No friends (only of the wrong kind so he managed to get away from them). I really felt for him. I decided to buy his dog food, a raincoat and socks for him and fleece sweaters for the both of them. He was so grateful, did not ask for anything. We hugged and his teary eyes told me what this meant to him. I felt so saddened by his misery and my inability to change his situation. I could do so little. Tonight, he was dry in the only shelter who accepted dogs but tomorrow he would be on the streets again, and again, and again… I told him he should give his all to change his situation. How stupid of me! In the airplane, I was plotting in how his situation could be changed. I could not solve his complicated puzzle (which resulted in homelessness), or even parts of it. With all my life experience, age or/and education in the pocket.

Let’s do more and empathize

Since then I am thinking about doing more for these fellow human beings. In a situation which could happen to all of us. As if the universe hears and guides me: various signals I noticed on my path. Like an article in the Newspaper De Gelderlander of Habitat Lekker Leven or Beau van Ervendoren’s tv program Project Rotterdam. I already called the CEO from Habitat Lekker Leven to see what I can contribute. Not able to ban Liam and Stanly out of my thoughts and heart I hope to do something more for him and get him of the streets of Manchester. If you meet a young red head with a lovely sweet white big Bullmastiff: say hi from me and send him my love.